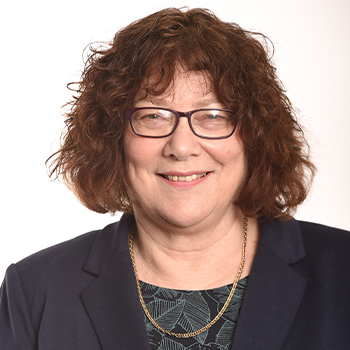 Ros Kerslake was Chief Executive of the National Lottery Heritage Fund from 2016 to 2021, where she led a UK-wide team of 300 staff, responsible for the distribution of up to £400 million per annum. Here she delivered a major organisational transformation, including restructuring and culture change, a new strategic funding framework, and the delivery of a new grant making system. Her earlier roles include Chief Executive at The Prince’s Regeneration Trust, RegenCo Sandwell and Director-level roles at Railtrack, Booker PLC, and Gulf Oil, a UK subsidiary of Chevron Corporation.

Ros is currently a member of the Community and Voluntary Services Honours Advisory Committee and a Trustee of Re-Form Heritage, a national heritage regeneration charity.  Her previous non-executive roles include Senior Independent Director and Chair of the Remuneration Committee at U+I PLC, a regeneration-based property developer, Quintain Estates and Development PLC, Black Country Housing Association, and Thurrock Thames Gateway Development Corporation. Ros is a qualified solicitor and holds an MBA. Ros was awarded an OBE in the 2015 New Year’s Honours list for services to British heritage. In 2020 she was awarded a CBE in the Queen’s Birthday Honours for services to heritage.

Back to who we are page