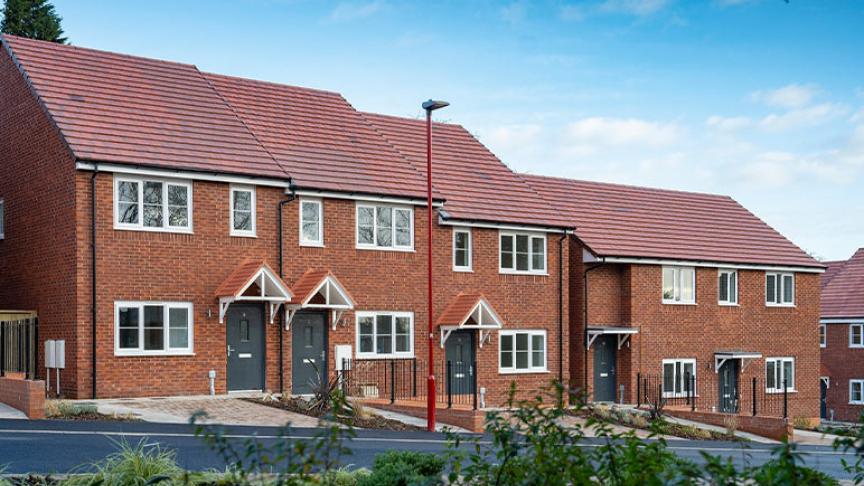 A new development of affordable homes on the site of a former pub in the heart of Birmingham is now complete.

The Hare and Hounds pub, in Kingstanding Road, first opened in the 1920s but had been derelict for several years and was severely damaged by a fire in 2016.

The £4m redevelopment of the site by housing provider Sanctuary has delivered a total of 22 much-needed new homes for local people.

It incorporates a mixture of two-bedroom flats and two and three-bedroom houses available for shared ownership and affordable rent, as well as new public open space including a wildflower meadow.

Known as Jameson Gardens, the development received part-funding from Homes England and the Greater Birmingham and Solihull Local Enterprise Partnership, while the homes have been built by Sanctuary’s appointed contractor, Equans.

David Soothill, Sanctuary’s Director of Development – England, said: “This is a prominent site with a rich history and one that had unfortunately become run-down and something of an eyesore for the area.

“I’m very pleased that we’ve been able to work with our partners to bring the site back into use and deliver much-needed new affordable homes in Birmingham. We’ve received an extremely positive response and high levels of interest from local people.”